566 replies to this topic

You need to enclose them in image tags most likely.

Oh wow I didn't look at the links, just the facebook ones. Wicked monitor setup!

Thanks LinuxUser, I was missing the http://

@JoshHunter The loudest component is probably the HDDs. I have three at the moment, one is a newer model though so it's not so loud as the others (Seagate 9/10/11 series I think).

The PSU probably comes next, when the HDDs haven't spun up this is the loudest component. I would get a Seasonic if I was buying one again.

The 9800 GTs are fine on idle, but when I play games they get pretty loud. Hopefully the MSI Radeon 7700 will help with that.

The case fans are the ones that came with the case, and they are being controlled by the motherboard so they are only 500 RPM and silent almost all the time.

The radiator fans stay at under 700 RPM almost all the time, so they are silent except for if I'm rendering or something. Even then they're pretty quiet. The CPU block does have a little gurgling sound, but it's only audible up close.

So overall it's pretty quiet, often quiter than a HDD, and thats without the sides of the case on. When they're on, they help with the fan noise (PSU, GPU and a bit with the radiator fan noise) but not so much with the HDDs.

@benhanna All of my friends think I'm crazy, they can't see why I would use more than two or even one monitor

Well, I normally use two monitors, and occasionally three, and I could use more. (e.g. I'd like Visual Studio on four monitors arranged with two on top and two below! The more code visible at once the better!) There is no way I could ever go back to just one if it was less than about 23", and it would be very hard even if it was much bigger. I don't know how I managed when I just had the one 17" monitor...

I find that Maya requires the most screens of anything I do, When I am working in it my desktop doesn't look exactly like it is in my photo, I often have it spread over at least 4 screens. When programming (mostly XHTML/PHP) I don't really spread NetBeans over more than one monitor, but I like to keep lots of browser windows open on different monitors. I have been having to put up with one monitor at my college where I study 3D animation since I took my 23" home and I have been left with only one 23" monitor

Oh just a few pics of my LAN rig aye

Oh just a few pics of my LAN rig aye

I'll just commission my own better one after I write the software for Skynet or something.

Yeah to be honest, I am going to try and build one similar to that fine specimen. TJ07 for the win!

That's my new laptop made.

Very good! What sort of hardware do you have in it?

Lol, Nah but that gave me an idea - going to make one with my old Athlon x4 and 500gb HDD

and how many 80mm fans do you plan on using

flangefrog That is an epic Setup, Im sure most people would be very Proud of!

I said I'd post some pictures.. Like I said there isn't much to look at, being an ITX rig. 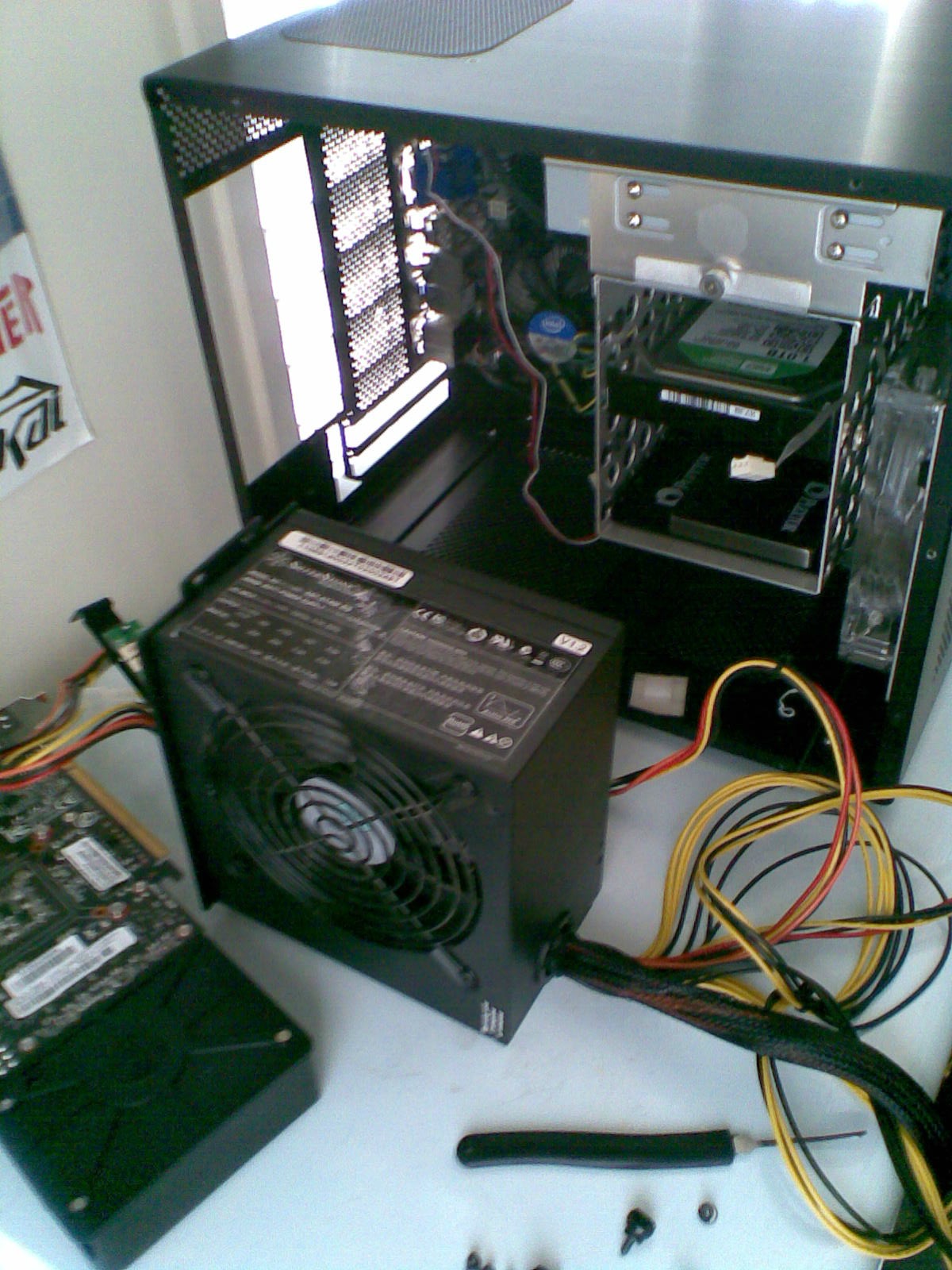 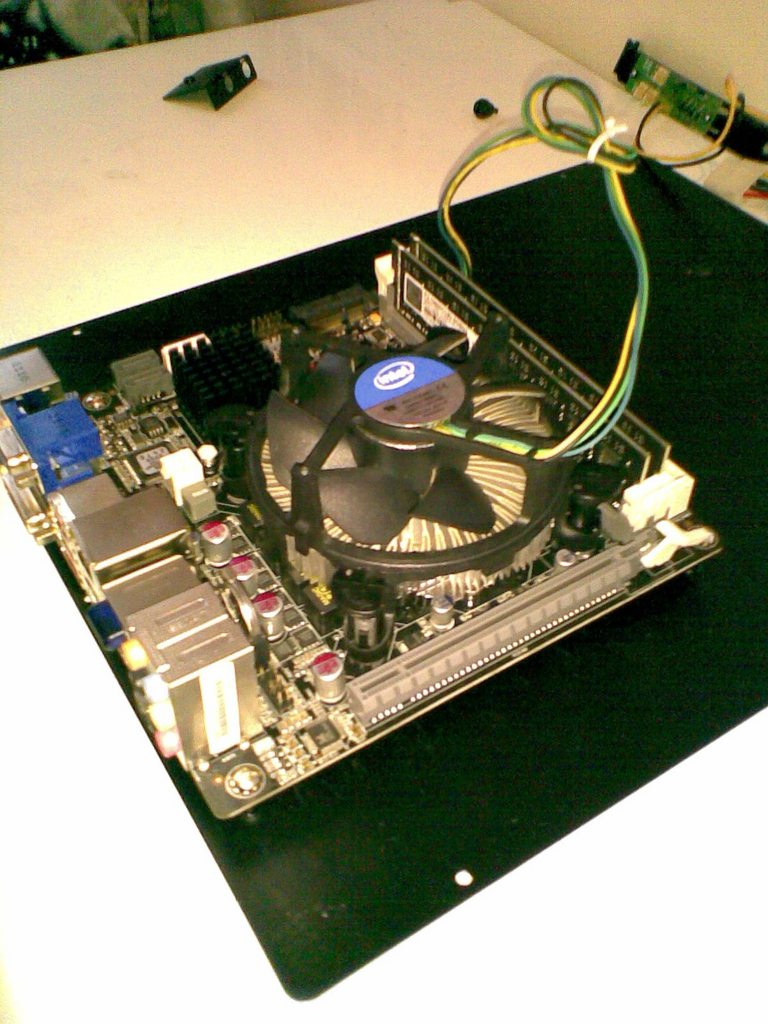 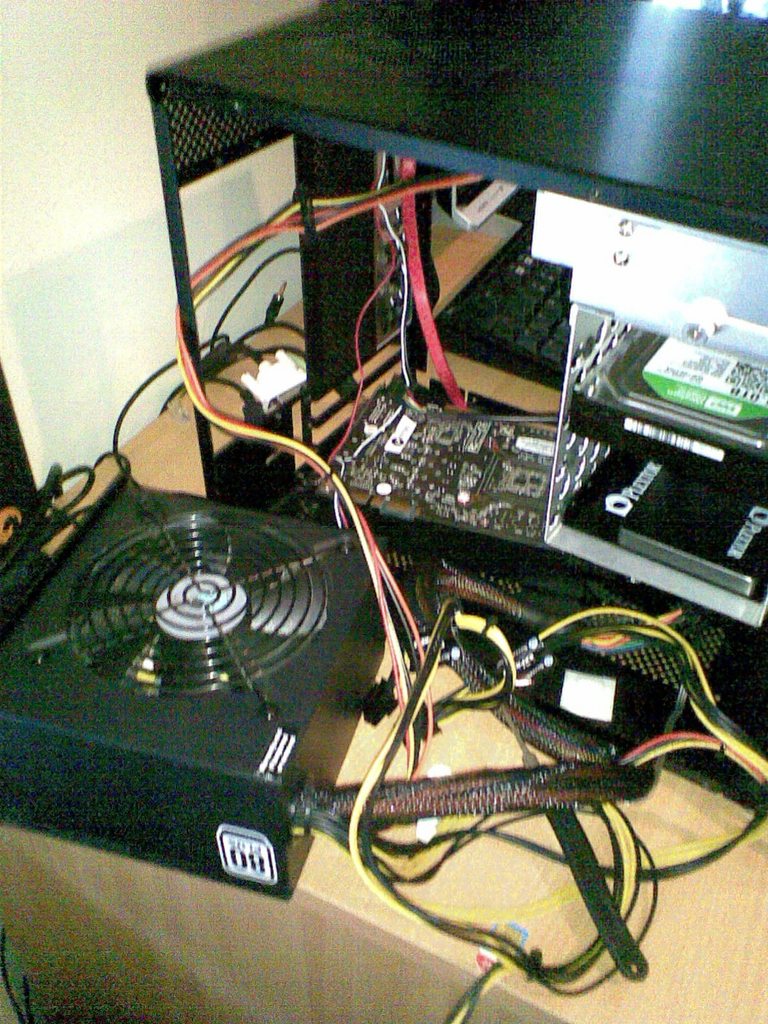 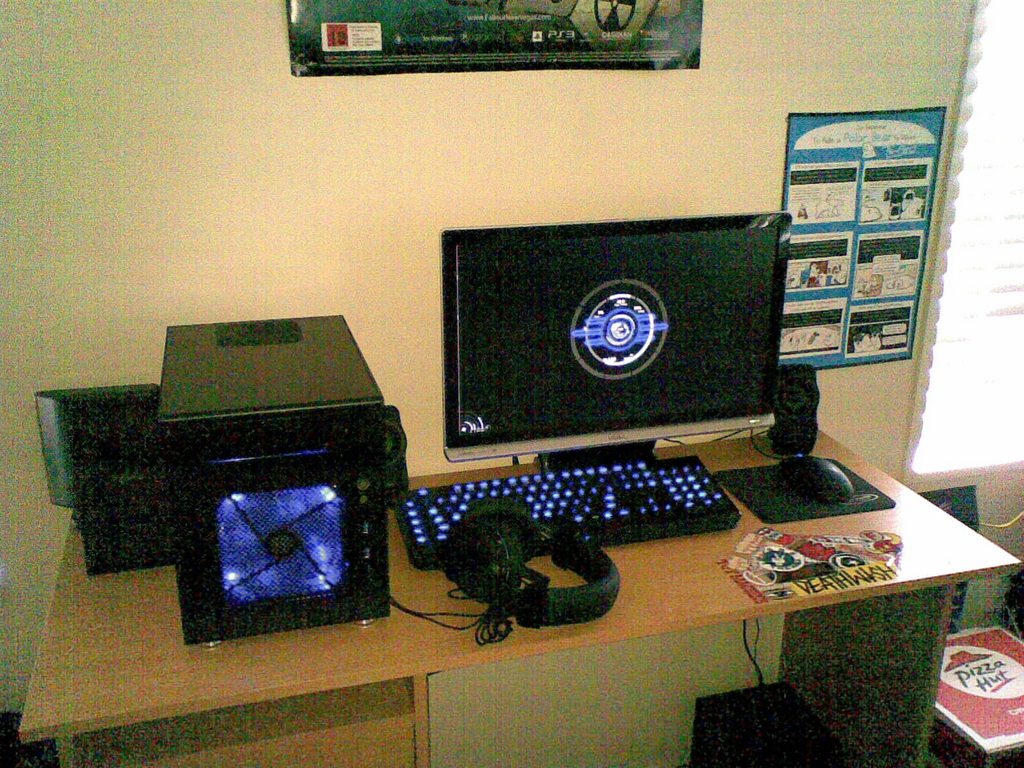 I apologise from the rubbish quality... Slightly dated camera phone with a bad flash

Thanks, Josh. It is definitely an interesting sort of case. I'll bet you're wishing for a modular PSU though!

Yeah it would have been nice. I might get an AX650 and use it in here until my next build.

Yeah it would have been nice. I might get an AX650 and use it in here until my next build.

Thought you didn't want to use Corsair and Seasonic?

I try not to, but Corsair AX PSU's are the only PSU's on the market that have nice cables (not the ugly multi-coloured stuff that screams to be sleeved.)

I'd get another Strider but I'm not really interested in sleeving again.

Just had a perve at the cables that do come with the AX series PSUs, must say, very very nice. Just yells at me that I need to sleeve my own cables pronto!

I prefer that look to sleeving tbh. Far less effort as well... Sleeving is not for the faint of heart, it's very boring and your fingers get cut up to hell.

Reserved. Will post some pics as soon as I get home and finish my setup.

In the mean time, here's the real life counterpart of the Fallout 3 Metro, without Ghouls of course:

So what is it actually?

So what is it actually?

The Washington DC Metro in which the Metro in Fallout 3 is loosely based on.

The Washington DC Metro in which the Metro in Fallout 3 is loosely based on.

Back to Computers & components


0 user(s) are reading this topic